Who Owns the Home When Two Names are on the Mortgage?

When couples start a new journey as homeowners, questions can linger as to whose name (or names) should be listed on the mortgage and title. Many couples want a 50/50 split, indicating equal ownership to the asset, but sometimes that isn't the best financial decision. Plus, with more than one person on the loan, the legalities of who owns the home can get tricky. A home is often the largest purchase a couple or an individual will make in their lifetime, so ownership can have big financial implications for the future.

For starters, it's important to note the difference between a mortgage and a title. A property title and a mortgage are not interchangeable terms. In short, a mortgage is an agreement to pay back the loan amount borrowed to buy a home. A title refers to the rights of ownership to the property. Many people assume that as a couple, both names are listed on both documents as 50/50 owners, but they don't have to be. Listing both names might not make the most sense for you.

For many, mortgages are a staple of homeownership. According to the Zillow Group Consumer Housing Trends Report 2017, more than three-quarters (76 percent) of American households who bought a home last year obtained a mortgage to do so. When a couple applies jointly for a mortgage, lenders don't use an average of both borrowers' FICO scores. Instead, each borrower has three FICO scores from the three credit-reporting agencies, and lenders review those scores to acquire the mid-value for each borrower. Then, lenders use the lower score for the joint loan application. This is perhaps the biggest downside of a joint mortgage if you have stronger credit than your co-borrower. So, if you or your partner has poor credit, consider applying alone to keep that low score from driving your interest rate up. However, a single income could cause you to qualify for a lower amount on the loan. Before committing to co-borrowing, think about doing some scenario evaluation with a lender to figure out which would make more financial sense for you and your family. 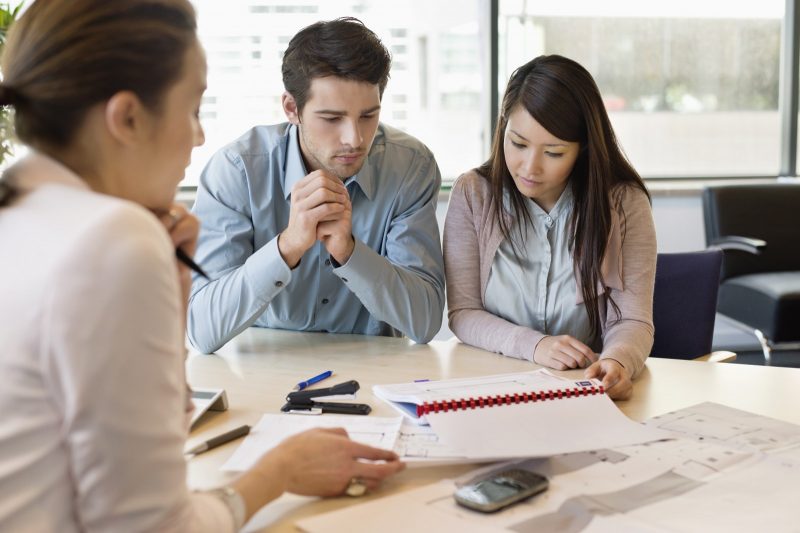 If you decide only one name on the mortgage makes the most sense, but you're concerned about your share of ownership of the home, don't worry. Both names can be on the title of the home without being on the mortgage. Generally, it's best to add a spouse or partner to the title of the home at the time of closing if you want to avoid extra steps and potential hassle. Your lender could refuse to allow you to add another person - many mortgages have a clause requiring a mortgage to be paid in full if you want to make changes. On the bright side, some lenders may waive it to add a family member. In the event you opt for two names on the title and only one on the mortgage, both of you are owners. The person who signed the mortgage, however, is the one obligated to pay off the loan. If you're not on the mortgage, you aren't held responsible by the lending institution for ensuring the loan is paid.

Not on mortgage or title

Related: The post Who Owns the Home When Two Names are on the Mortgage? appeared first on Zillow Porchlight.