Can Houseplants Really Clean the Air?

Houseplants can improve your life in many ways (more on that later), but if you're expecting that peace lily on your desk to rid your home of toxins, you're in for a surprise. A 1989 NASA study attempted to find new ways to clean the air in space stations. Despite some pretty neat findings, it never claimed houseplants are great at removing chemicals from your home's air — although countless articles have since cited the study as proof of that point. And the headline "Houseplants Remove Toxins" does sound a lot more exciting than the report’s actual statement: "Low-light-requiring houseplants, along with activated carbon plant filters, have demonstrated the potential for improving indoor air quality by removing trace organic pollutants from the air in energy-efficient buildings." And if you thought that was a buzzkill, the paper's summary continues to disappoint: "Activated carbon filters containing fans have the capacity for rapidly filtering large volumes of polluted air and should be considered an integral part of any plan using houseplants for solving indoor air pollution problems." In other words, even if your dracaena had the potential to remove trace toxins from your energy-efficient home, you'd still need to recreate NASA's complicated system, which blows air through the activated carbon in the plant's root zone. Furthermore, if you see a list of the best plants for removing toxins, it's nothing more than a list of the plants used in the study.

So can houseplants purify my air or not?

In theory, yes. But if you're thinking of making your own botanical air filtration system, you've got a lot of work to do. As an EPA reviewer explained in 1992, "To achieve the same pollutant removal rate reached in the NASA chamber study," you would need "680 plants in a typical house.” You'd be better off buying an actual air filtration system or, at the very least, vacuuming more often. 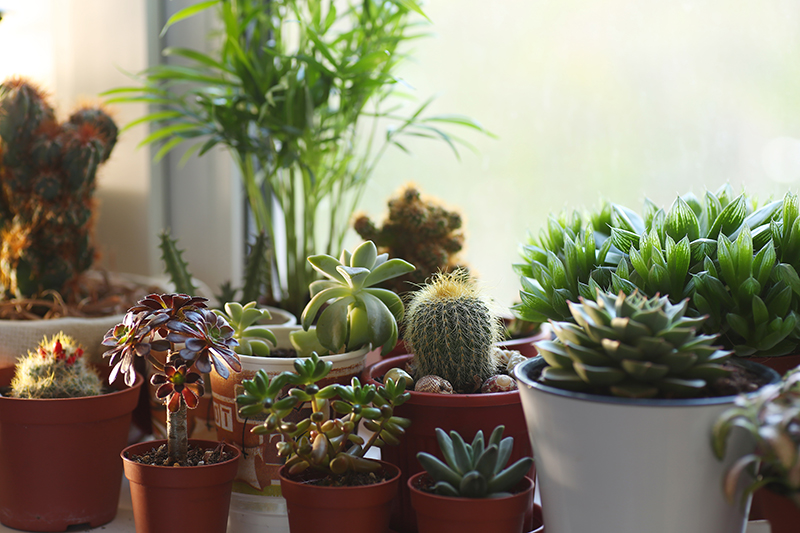 Yes, it's true that some plants in the NASA list were more effective at removing benzene, trichloroethylene and/or formaldehyde than others, but the amount is so negligible that neither the American Lung Association nor the EPA recommends using houseplants to improve your air. Taking it a step further, both organizations warn that houseplants can worsen your air quality, introducing bacteria that grows in damp potting mix or pesticides used by the nursery. Don't let that discourage you from indoor gardening, though. If you're that worried about your air quality, you'd never step outside in the first place. In any case, here's how to keep your houseplants squeaky clean:

True story: I once grew over a hundred plants in my tiny apartment, and I can attest that there was nothing clean about the experience - at all. Dust filled the air, tree frogs and lizards leaped out of the foliage, and some plants even had stinky fertilizers in the potting mix. Those plants may not have made my air any cleaner, but cultivating a rainforest in the comfort of my home definitely made me a happier person. Houseplants are a lot more exciting than you'd think. I was actually excited to wake up every morning, because each day brought the promise of a fresh new leaf, a different flower to admire or another thick orchid root to mist with water. Helping these living plants grow and thrive gave me a sense of purpose and a connection to the natural world. They also made me sneeze, but only because I spilled potting mix on the floor fairly often. The only reason you need to grow a houseplant is to be happy. There are, of course, studies suggesting that living with plants improves your concentration, calmness and productivity, but there's no point in proving what we already know. Nobody would bother growing houseplants if they didn't make us happy. Photos from Shutterstock. Related: Originally published September 15, 2017. The post Can Houseplants Really Clean the Air? appeared first on Zillow Porchlight.