The Fed Just Raised Rates…So What? 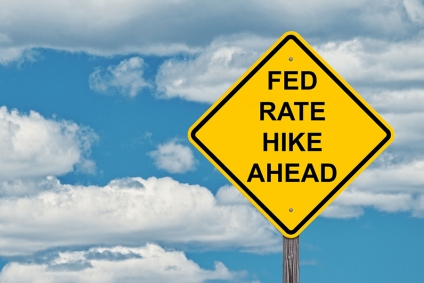 Every six weeks or so the Federal Open Market Committee, or the FOMC, holds its two-day meetings to discuss the current economy with an eye on the future. The FOMC has various responsibilities but one of the actions it can take is to adjust the cost of funds. More specifically, it can adjust the Federal Funds rate. The Fed Funds rate is the rate at which banks can charge one another for short term lending. Short term as in overnight. When a bank makes such a move for a short-term loan it’s to shore up its reserve requirements. Banks are required to keep a specific amount of liquid funds available to meet customer demands for cash or credit. The Fed did indeed make such a move at its most recent round of talks and the committee members unanimously agreed to hike the Fed Funds rate by another 0.25% while also hinting at two more such moves before the end of this year. If that holds, that rate will have increased by a full percentage point in just one year. And that’s a lot. But for those looking to buy and finance a home with a brand-new mortgage, these moves don’t affect mortgage rates. At least the most popular, fixed mortgage rates. When the Fed Funds rate is increased by 0.25%, that is eventually passed onto their bank customers in the form of higher rates for automobile loans, credit cards and other non-mortgage consumer loans. Instead, mortgage rates are tied to a specific mortgage bond. For your average 30 year fixed conforming loan, the rate is tied to what is called the FNMA 30yr 4.0 or the FHLMC 30yr 4.0. That’s a bit technical for most but that’s what nearly two out of every three fixed conforming loans are tied to. And because it’s a bond it acts just like any other bond. Bonds aren’t bought by investors for high returns but for safety. When an investor buys a bond, the returns are known in advance. If investors in general think the economy is starting to roll and gain strength well into the future, they’ll pull money out of bonds and put more into stocks and mutual funds. When there is less demand for a bond, the price goes down just like with any other commodity. Less demand, lower price. Higher demand, higher price. The yield on the bond acts inversely to its price. Okay, let’s come up for air for a moment. In plain talk, as it relates to mortgage rates, the Fed has very little impact. Yes, the Fed does provide investors with a bit of guidance on what the future might bring. But what doesn’t happen is when the Fed bumps up the Fed Funds rate by 0.25%, 30-year fixed rates follow in lock-step. When you hear the news that the FOMC just raised rates by 0.25%, don’t worry about it. There’s no direct connection between the Fed raising rates and your mortgage.